Loyalty: A Trait “Lost” on the Millennials 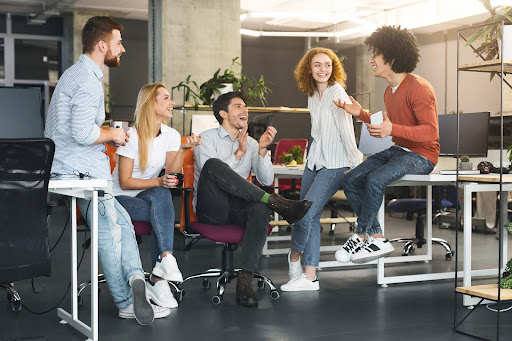 As the second post in my series about those “damn” millennials, I feel I should address, yet, another of their weaknesses: their lack of loyalty.

You know, as I look at today’s work force, I realize that it’s true. Millennials really don’t have the loyalty that young employees did 50 years ago. People went to work for a company at a young age, grew with their jobs and retired many years later. They went to work everyday, day in and day out. They knew their organizations inside out.

But, the reality of that occurring today is nearly impossible. And, here’s why:

Large corporations frequently implement layoffs as reactions to the ever-fluctuating economy. I have a friend (an “old” millennial, like me) who is going through his third (yes, THIRD!) round of layoffs. He is employed in the IT space working for medical device companies. He’s a hard worker with a family, but he keeps finding himself job hopping to just stay employed, by no fault of his own. He’s never had the chance to develop the kind of loyalty expected from the “old days.” While he would be a very loyal employee, given the chance, he’s forced to face other options to keep food on the table for his family.

Many millennials go to work, expecting their new jobs to be terrific! They arrive excited and ready to take on the world, only to find out that they are responsible for menial, mundane tasks. But, they put their noses to the grindstone, anyways. After awhile, they find that their hard work isn’t really recognized or appreciated. (Yes, millennials thrive on recognition -- but, doesn’t everyone?) They find there’s little room for advancement. And, they start getting that itch for flexibility, more opportunity and increased challenges. They want to truly be engaged in their jobs and excited to come to work each day. What’s wrong with that? Nothing. Except that many corporate cultures don’t embrace those values. So, millennials keep looking for organizations who do. If a company doesn’t value or understand them, why should they stay?

Conscientious millennials (yes, they exist!) work themselves out of jobs. This has happened to me several times. When I’m hired for a 40-hour per week role, I try my best to work as efficiently as possible, developing new ways of doing old tasks. Usually, I get my tasks whittled down to taking about 20 hours or so to complete. I’m never shy about asking for more work, because I know they’ve hired me to be there between 8 am and 5 pm, busily occupied. But, do you know how painful it is to get done with your work and, still, be asked to sit there for the remainder of the work day? No one, actually, wants to live their work life that way. The vast majority of people want to perform at a high level and be successful in their jobs.

So when I’m wasting away in a job that is severely underutilizing me, you’re damn right I’m going to leave!  When I bring this up to older generations, the majority of the time the response is: “It comes back down to their work ethic. They’re lazy. If that was me, I would be finding work to do on my own and filling up my time.”

So, let’s look at that scenario:

Okay, so maybe this all sounds a little harsh and judgmental. Maybe you think I’m bashing traditional work and office cultures. I really don’t mean to. But, I think it’s important to understand the gap between an employee who wants to be more than just a paper pusher and many of the jobs offered to millennials.By underestimating a millennial employee’s capabilities, an employer is actually driving away a good worker. Workplaces that offer challenges and are open to ways that their employees (millennials and non-millennials, alike) can match their talents with their jobs will earn the loyalty that many companies seem to think the generation of today is incapable of exhibiting.

Loyalty is earned between both an employer and employee. It’s not just a given that an employee will be loyal to a firm, simply because they’ve been granted a job. As you adapt and become more flexible in the opportunities you present to your employees, your company may find that it’s more efficient, spending less and acquiring more time to apply to new, exciting projects.

Popular posts from this blog

4 Ways Digital Clutter is Slowing You Down

The minimalist movement always gets a lot of attention at the first of the year. People recognize how important it is to declutter their lives and get rid of items that don’t really hold a constructive purpose for them. Generally, “decluttering” refers to physical “stuff.” Like old magazines, mementos or clothing. Sometimes, it refers to emotional clutter and proactively working on guilt or hurt feelings. These attempts are all great. But, in an effort to streamline other parts of our lives, we often forget to pare down another aspect that is far reaching professionally and personally: our digital world. Your digital clutter is slowing you down. It’s impeding your professional progress and success. It’s one of the most challenging arenas of your life to harness: you can’t see it, it accumulates easily and our worlds depend on being “plugged in.” But, tackling the concept of digital clutter is one of the keys to becoming more efficient. Consider these 4 ways digital clutter is slowing
Read more

An Overachiever’s Guide – Rediscovering Your Creativity 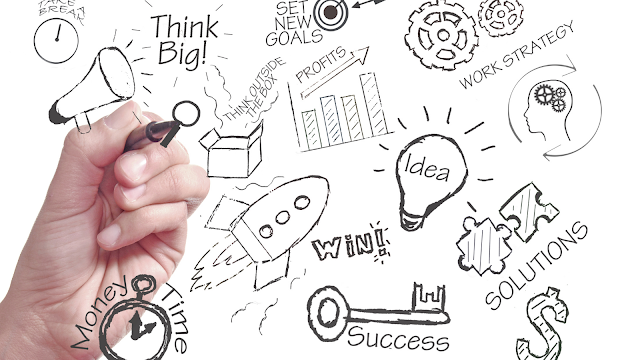 Am I creative? No, I’m not creative. I’m not artsy so therefore I can’t be creative... Like Heather ( An Overachiever's Guide To Breaking The Rules: How To Let Go Of Perfect and Live Your Truth ), because I'm not artsy, I believed that I did not have a creative bone in my body.  But also, like Heather, I have somewhat recently discovered that I am in fact creative. I’ve learned and acknowledged that being artsy isn’t the only path to creativity.  I’m not really sure why we were both conditioned to think that creativity can only be found in the arts. Guess it’s another one of those subtle societal conditioning things. Oh the joys of societal conditioning! No matter where it came from, it’s time for it to die. Because everyone is creative.  With Heather’s help I rediscovered (and accepted) my creative side.  I looked for the evidence that points away from creativity and points towards creativity. And as you will see below, my list is quite lopsided! Not creative -  Can't draw
Read more

Why Your Processes are NOT Just More Red Tape

Getting past the misconceptions of your employees about all of the “red tape” you are making them endure is challenging, at times. As you strive to implement processes or systems that will automate and alleviate menial tasks, they perceive your efforts as forcing them to jump through more hoops. So, what do you do? How do you get them to see past the guidelines and envision the big picture? Understand the Difference Between Red Tape and Successful Processes The first hurdle you have to make it over to convince your employees that your systems are not just more time-consuming busy work is helping them to understand the difference between red tape and success processes. The concept of red tape goes back hundreds of years ago when governments used red ribbons to bind important legal documents. It, eventually, came to be known as bureaucratic waste that causes a task to take considerably longer than required and rarely succeeds in meeting goals. The tasks may require a lot of unnecessary
Read more

Sarah Becker - Process Ninja
Dealing with the ‘fun’ within the Business Junk Drawers taught me how to work collaboratively with other departments. Rarely did an item in the business junk drawer involve only my immediate team. I became VERY proficient in befriending other teams and solving the problems that existed between the two teams. I learned the immense value of COMMUNICATION and ACTIVE LISTENING. It is amazing how easy it is to work with people when they feel heard and valued. Within weeks and sometimes days, I would solve problems for my teams that had been plaguing them for years. I developed deep relationships of trust amongst myself, my team and the teams that surrounded us. I created a world of positive energy. I reduced the levels of stress amongst those that worked for me. I believe that everyone deserves a positive environment to work in. And every organization deserves employees who give it their all. Employees who go above and beyond to make the organization as great as it can be. This is now my mission with Clear Simple Business.